A really easy and delicious red, white and blue layered slushy cocktail to celebrate the release of Captain America: Civil War! Whose side are you on? #TeamCap 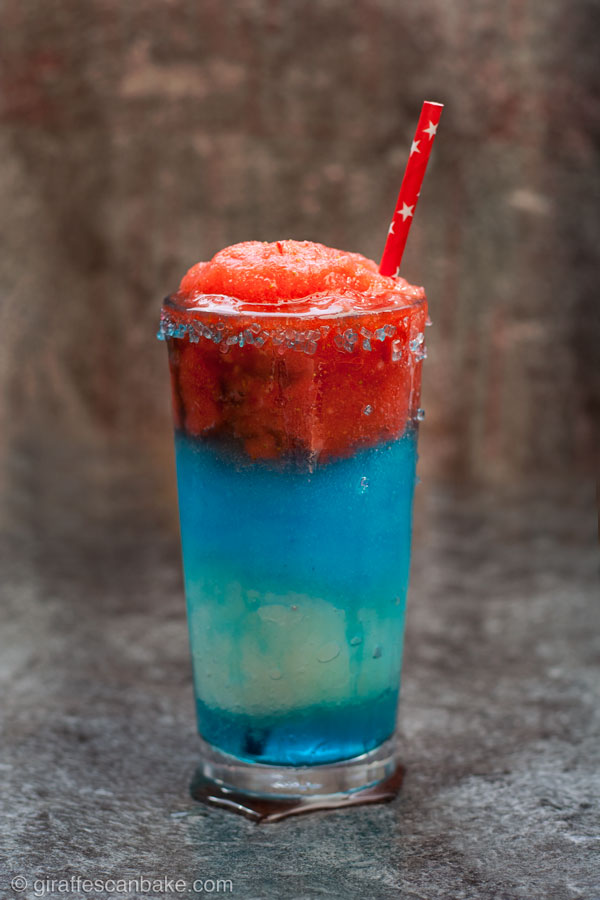 Today is the day!!! Captain America: Civil War release day! Well in the UK it is anyway, sorry America! Yep, that’s right – us little British folk get the new Captain America movie before actual America! That’s what you get for throwing our tea in the harbour! Just kidding, I love y’all really! We seem to get most Marvel movies about a week before the US, I’m not too sure why but I’m certainly not complaining. Because I LOVE Marvel and the sooner the better, especially when it’s my boo, Steve Rogers! I couldn’t let the occasion pass without a cocktail in his honour, particularly when this film is Civil War – all kinds of crazy shit is going to go down and so I’m supporting my boy the only way I know how, creating a recipe in his name! The Captain America Slushy Cocktail is me shouting loud and clear that I am firmly in the #TEAMCAP camp! 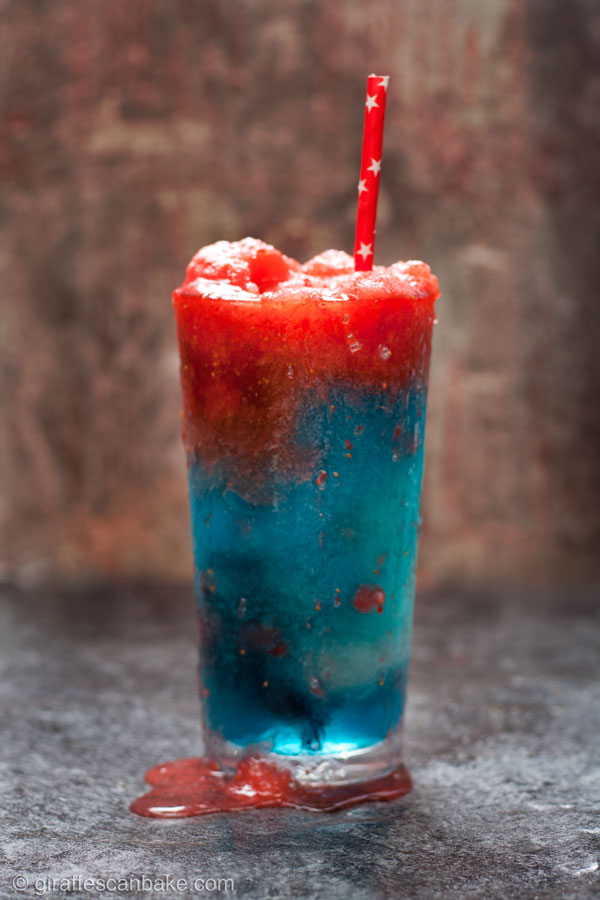 I’m just a little nerd at heart and I love comics and comics made into movies. I’m definitely more of a Marvel fan than anything else. I have three favourite Marvel characters and one of them is the amazing Steve Rogers. I could honestly gush about how much I love him for days, but I’ll try and keep it brief. He’s just a really great example of what a real hero should be. I think Stanley Tucci (Dr Erskine) in The First Avenger summed it up best “not a perfect soldier, but a good man”. Steve took those words to heart and lived up to them the best he could, in both the comics (the ones I’ve read, there’s too many for me to ever catch up I fear) and the stand alone movies (I won’t talk about the avengers movies….). He doesn’t follow orders blindly like some may think, he does what is right because it is right and makes some enemies out of authority figures because of it. Which also makes him a stubborn little shit, both before he became a super soldier and after, and I love that most about him.  Plus he can kick some serious butt and knows how to work a shield. I mean,hello, that elevator seen in The Winter Soldier?! His relationship with Bucky is another reason I love him so, and Bucky happens to be one of the other two favourites – he will get his very own cocktail soon! 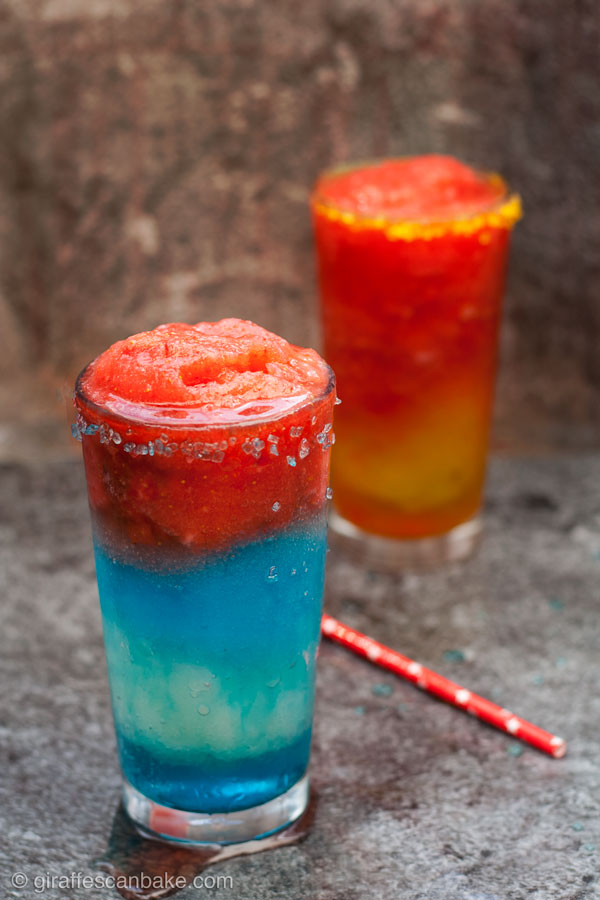 So, back to the cocktail. It’s really yummy and ridiculously easy to make – you will need a blender but nothing fancy, I actually used a cheap smoothie maker for this instead of my blender! The white later is Sprite and Jameson – it had to be Irish whiskey since Steve’s parents were Irish immigrants. The blue layer is blue curaco and Sprite. The red layer is frozen strawberries and Sprite. In the white and blue layers the Sprite is frozen into ice cubes first, so there’s no watering down with regular ice. Plus Sprite seems to freeze much softer than water (I’m assuming something to do with the sugar?) so it’s much easier to make into a slushy. After, and during, taking the photos I mixed the layers up to get all the flavours at once and, let me tell you, it was yummy! Once it starts to melt they’ll all blend together anyway, but if you drink it quick (not too quick, don’t give yourself brain freeze!) you can enjoy the layers separately too. I HAD to make Steve Rogers’ cocktail frozen, because I’m a sucker for slightly poor taste jokes! Sorry cap!

A red, white and blue layered slushy cocktail to celebrate the release of Captain America: Civil War.
And a perfect drink to serve at Fourth of July

Before starting you will need:

To make the blue sugar crystals:

To make each layer:

Recipe can be doubled as needed

You may have noticed the red and gold drink in the background, and if you know anything about what this Civil War movie is about you’ll probably have guessed that is for Iron Man. Look, okay, let’s be straight here. I love Iron Man. I love Tony Stark. Again, mostly in his stand alone films (still keeping my lips sealed about Avengers, no angry rants here!). But he’s not only fighting against my boy, he’s fighting against my boy’s boy (aka Bucky) and this girl does not stand for that! I have a feeling this movie will break my heart in so many ways, but hopefully it doesn’t end up making me hate Tony forever – I trust the Russos to not do that! I’m also trusting them not to end Civil War the way it does in the comics (don’t worry, no spoilers here). Don’t let me down guys! I went off on a tangent again, didn’t I? So yes, that drink is for Tony, since this IS to celebrate Civil War. There’s no recipe for it (it’s just some of the red layer of the actual recipe and the white layer dyed yellow/gold – nice and easy to make alongside if you’re having a Civil War party). But I will eventually have a cocktail for Tony Stark in my Marvel Cocktails series, don’t worry about that. And now, I apologise to all the #TeamIronMan readers for the next photo 😉

This cocktail is not only great to celebrate the release of a new Captain America film, it’s perfect for Fourth of July too – it’s got America all over it and it’s so summery! You can make an alcohol free version easily too – just take out the whiskey and replace the blue curacao with blue food dye and a little extra unfrozen sprite (and maybe a squeeze of orange juice for flavour). It would make the perfect drink to serve at your Independence Day cook out, with or without booze, don’t you think? Especially if you go all and decorate in the theme and grab some festive straws to serve them with! Or, make them booze free, and serve them at an awesome Superhero themed birthday party with all the superhero themed gear like placemats, napkins, and fun stuff for a fab party. Actually, keep the booze in and serve them at MY birthday party!!

So where do you stand in this epic battle between heroes? Are you #TeamCap or #TeamIronMan? Or perhaps you’re #TeamWhyCan’tWeAllJustGetAlong? When will you be seeing the movie? I’m going tonight, and I literally cannot wait/am extremely anxious! I won’t be posting any spoilers, so don’t worry about that. I also won’t be publicly posting any indications of my thoughts on the movie until it is released in the US, this for the best friend’s benefit!

Click here to see all the cocktails in my Marvel Inspired Cocktails Series; Including the Elektra Cocktail

Some awesome recipes from awesome bloggers to celebrate Capatain America: Civil War and everything Marvel:

Subscribe to my newsletter below to get new recipes directly to your inbox and a FREE eCookBook! 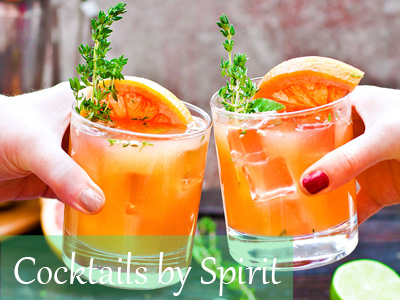